Back on the 1st of February 2021, YouTube suddenly changed its logo. They did this without really explaining much to people and it took everyone by surprise. Indeed, most people are familiar with the YouTube logo. So, when there is a sudden change, everybody is going to notice this.

So, this sudden change had a lot of people wondering what BHM meant. Indeed, it must have been something significant in order for YouTube to do this. So, let’s dive into the topic and find out everything you need to know about BHM and the Leandro Assis’ Design.

What Does BHM Mean?

When a company has a logo. It is often the case that it stays the same for many years. So, when there is a change, there is often a lot of talk about it with customers or people that are familiar with that brand. So, as you can imagine, there was a lot of talk when YouTube suddenly changed its logo. But, why did it happen and what does BHM mean?

Adding BHM in orange, red and blue colors was a big move by YouTube. One that was meant to honor the month and show what they stand for. Indeed, it was something that a lot of people liked. The logo was used for the entire month of February for Black History Month. In addition, it was only seen by people that lived and used YouTube in the United States and Canada.

Since everyone has been interested in the BHM logo that was used by YouTube, people have wanted to know more about it. In particular, people have been interested in who designed the logo for the company. Well, this particular logo was created by Leandro Assis. He is an artist that worked hard on this design for YouTube. In particular, he recognized the importance of paying attention to Black History Month and reflect on issues that have been overcome, as well as those still to work on.

There is a lot of importance in this logo. In particular, the ‘B’ orange, which is said to show the hair of black people. Then, the ‘H’ is in red in order to reflect rhythm, as well as blue being used in order to signify beauty. So, a lot of thought has been put into this BHM logo for YouTube and it has been appreciated by many people.

It is not every day that brands choose to change their logo. In fact, it is something that rarely happens. Indeed, when a brand has a logo, this is what they become known for and recognized by. So, they do not tend to change them. But, this is exactly what YouTube did back in February. Although it was only a temporary move, it was something that a lot of people noticed. They got a lot of praise for it too. Let’s summarize what we have found out in this post about it.

Often, a company changes its logo if it wants to completely rebrand itself. Well, this is not what YouTube wanted to do. But, they did want to pay tribute and show their support to a special time in the year with their brand logo change. Namely, they wanted to honor Black History Month. This is something that happens every year and it takes place in the month of February. In particular, this is the time when it is celebrated in the United States and Canada. So, in order to be mindful of this time, YouTube changed its logo.

What logo did YouTube adopt for Black History Month? Well, it was specially designed and added BHM to the logo. Of course, this stands for Black History Month, using the colors of orange, red and blue. The logo was designed by an artist called Leandro Assis. He spent a lot of time and effort on this design and it is one that has been largely successful. A lot of people liked that YouTube were putting this effort into Black History Month. It felt significant and it served as a reminder for everyone that this was taking place. Millions of people use YouTube every day. So, this logo was going on display to everyone. 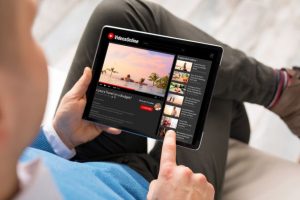 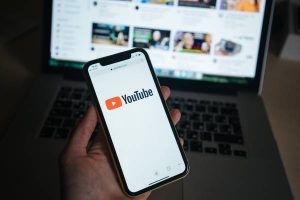 For sale: Youtube channels available for purchase
Senzawa Face Reveal – Who Is She?