When you are listening to songs, there are a lot of hidden meanings. Sometimes, this is for fun. Other times, it is so that you can talk about something explicit without having your song censored. It is going to be up to you to decipher what is happening.

But, one thing’s for sure. Sometimes, a hidden meaning can be difficult to understand.  In other words, it takes a while to guess what it means. In other cases, you do not know what it means at all. This is where the internet is going to help you.

There are some songs that seem to be classics when it comes to pop. One of these is ‘I Kissed a Girl’ by Katy Perry. Although it was released in 2008, it still remains a hit. It had a catchy tune at the time and it continues to be loved by many people around the globe. But, what does cherry ChapStick mean in the context of the song? 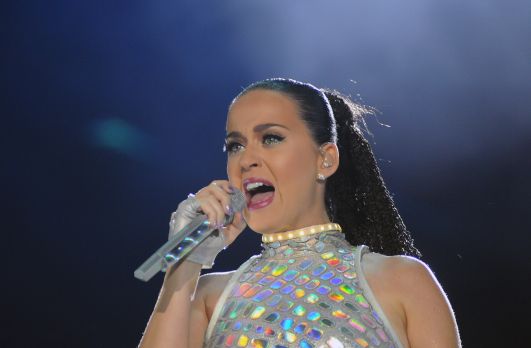 So, let’s take at some of the lyrics so that you can understand them in the context of the song:

This was never the way I planned
Not my intention
I got so brave, drink in hand
Lost my discretion
It’s not what I’m used to
Just wanna try you on
I’m curious for you
Caught my attention

In particular, it is likely that Katy has acted this way due to having an alcoholic drink. She mentions having a drink in hand. Perhaps this is why she became curious. In particular, she mentions during the chorus that she liked it.

Is There Really a Hidden Meaning to Cherry Chapstick?

So, on an innocent level, it appears that cherry chapStick refers to kissing another woman on the lips. However, there are some people that believe it is referring to something else. In particular, something more sexual in nature. While this is only speculation, this could be a hidden meaning. The only way to know for sure would be to ask Katy Perry herself.

But, why do people think this? Well, there is always going to be an element of people that have a dirty mind. But, there is the potential that they are right. For example, if you ever play the game called ‘Just Dance’, you will notice that cherry chapStick is bleeped out and censored. If the phrase was used innocently, there would be no reason to do this. Well, the only reason why the game creators might do this is that chapStick is a brand. So, by allowing this to be mentioned in the song, would be giving them a lot of exposure.

Katy Perry also alluded to the fact that she might have done more with a girl once before. This was during a 2017 speech that she made at the Human Rights Campaign Gala Dinner. Here she mentioned that she had kissed a girl and done more than that. So, is there a possibility that the song could allude to this? Yes, people may be right with their speculation.

Again, the only way to know for sure is if you asked Katy Perry herself. She would have known the meaning before the song when it was created.

There are some songs that are straightforward and you know what they are about. But, when people want to sing about certain topics, they make sure that they use imagery and different words. This way, they can make their song fun, mysterious or just make sure they do not get into trouble. Katy Perry is one of these artists. So, let’s summarize the meaning of Cherry ChapStick in her popular hit.

One of Katy Perry’s biggest songs in her career was ‘I Kissed a Girl’. This was played everywhere, whether it was on the radio or in stores. It was at the top of the charts and it had everyone singing along. It was released back in 2008 but people still listen to the big hit. In particular, there is one reference that a lot of people have been talking about on the internet. We are referring to the use of cherry ChapStick. The lyrics are ‘the taste of her cherry ChapStick’.

So, what does cherry ChapStick mean? Well, at first glance, we know that Katy Perry is kissing another woman. This is what the song is all about. Indeed, a lot of people think that she is simply referring to the fact that the woman is wearing cherry ChapStick on her lips. But, is this really what it is all about? Some people now think that it could be more sexual in nature. This is after what she said during a speech at the Human Rights Campaign Gala Dinner in 2017.

How will we know for sure what the song is all about? You would have to ask Katy Perry herself. This does not appear to be something anyone has done yet. But, she is probably the type of person that would be confident enough to tell you. Confirm Form Resubmission Error – How To Fix It

Emmy the Robot R34 – Explained
How to Fix Echo in Headphones