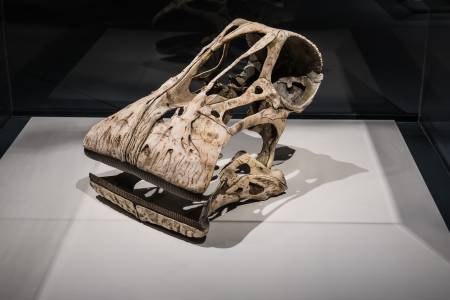 There are a lot of memes and jokes that go around on the internet. In particular, people love to play pranks on others. Of course, this can be something that is fun and make you laugh. But, sometimes it can cause upset and offend people. There is a fine line when it comes to pranks and you have to be careful.

For example, people have not been happy when it comes to the latest prank that has being going around on Twitter. Have you heard about the dinosaur that has 500 teeth? This is something that everyone has been talking about. If you do not know what this latest prank is, it is about time you found out. So, let’s begin and take a look at the prank.

What is the Dinosaur with 500 Teeth Prank?

Images and jokes can go viral within a few hours. This seems to have been what has happened to this ‘what dinosaur has 500 teeth?’ prank. But, this is not something that has happened for good reasons. In fact, it is best that you do not try to Google ‘what dinosaur has 500 teeth?’. This is a prank that has shocked people and it is causing upset. In particular, it has become associated with a racist joke.

For the most part, people have been discussing the ‘what dinosaur has 500 teeth?’ prank on Twitter. But, this is not where it originated on the internet. Instead, it is believed that this prank started on Reddit. In particular, it is first thought to have been seen back in September 2019. But, it has recently resurfaced again. Of course, this is the power of social media and a variety of platforms can make a meme or prank go viral.

So, you are probably wondering; what is the ‘what dinosaur has 500 teeth?’ prank? Well, we will tell you that if you Google the answer, you are going to come cross the Nigersaurus. This animal from the Jurassic had replaceable teeth and its remains are now often found in the Sahara desert, its lower jaw and upper jaw were particularly impressive. This is a real type of dinosaur and the name comes from where it was discovered. Namely, we are talking about the Republic of the Niger. In particular, in 1976, the fossils of the Nigersaurus were found. But, it was not given its name until 1999 by paleontologist Paul Sereno who went on an expedition. It was a rebbachisaurid sauropod dinosaur that would have been alive during the cretaceous period. Indeed, it would have been a big dinosaur at 30 feet and it would have been a herbivore. It is thought that the Nigersaurus would have had a wide mouth and around 500 teeth. If you ever wanted to see the skeleton of this dinosaur, there is a reconstruction displayed in the National Geographic Museum, which is based in Washington DC. Philippe Taquet is a famous french paleontologist who studied niger reptiles and the nigersaurus taqueti in particular. We are all familiar with the diplodocus but this dinosaur had also a plant-eating diet and was pretty much another type of mesozoic cow.

This long-necked dinosaur similarly to hadrosaurs or lurdusaurus was at ground-level a powerful vacuum cleaner and ct scans have revealed that its powerful dental batteries could process tons of food each day. The Elrhaz formation has revealed the first remains known and palaeontologists are still trying to complete a full reconstructed skeleton of the animal with slender teeth. Short necks dinosaurs like supercroc have been found in many areas in the Republic of Niger but this wide muzzle animal is really one of a kind. Ouranosaurus and Suchomimus are also worth seeing if you are ever in a natural history museum.

Your next question is probably; how is this a prank? Well, what has been happening is people are taking the joke the wrong way. In particular, it is being seen as a racist joke. The name of the dinosaur is causing controversy and people do not like it. Indeed, people are comparing how the dinosaur looks and making racist jokes. Unfortunately, people can be mean online and this is something that has happened with this. So, the dinosaur has become a prank and people do not like it.

Now you know all about the ‘what dinosaur has 500 teeth?’ prank, it is probably best not to Google it. This can lead to other racist jokes and going down the wrong path. But, if you genuinely want to learn about this dinosaur, there is a lot of interesting facts that you can find on the internet.

What Other Popular Pranks Are There?

If there is one thing that people love doing, it is playing pranks on others. This is something that has become popular on TikTok. For example, one that a lot of people are trying out on family members or significant others is the hoodie and fridge prank. This is when you put your hoodie on backwards and pretend that you are looking into the refrigerator for something to eat. The purpose of this prank is so that the other person eventually takes down your hood because you do not answer them. This is supposed to give them a fright since they are not going to expect to see your face.

Another prank that has become popular is the breakup prank. This is done by recording your smartphone screen. The idea is that you will text them lyrics to a song that imply you are going to break up with them. This is to see their reaction and see if they can figure out it is actually song lyrics.

There are a lot of jokes out there on the internet that are funny. They can entertain you for hours. However, there are times when the internet can be a strange place and people can take things too far. In fact, people can share really hurtful jokes that can offend others and they get away with it.

This is what has happened with the ‘what dinosaur has 500 teeth?’ prank. While this can seem like a genuine question, people have turned it into a hurtful joke. Namely, it has racist undertones that a lot of internet users do not like. But, how did this joke start? Well, it all began because there was a dinosaur that roamed the planet that had 500 teeth. The name of this dinosaur was Nigersaurus. The fossils were found back in 1976 and it was given this name in 1999 after it was found that this dinosaur was discovered in the Republic of the Niger.

Unfortunately, this dinosaur has turned into a racist joke and it is best not to Google this prank. Otherwise, it fuels the joke and means that people think it is popular. The internet can be a fantastic place for learning new information. In particular, you can find out a lot about the dinosaurs. But, people ruin it for others when they make up racist jokes and hurtful pranks.